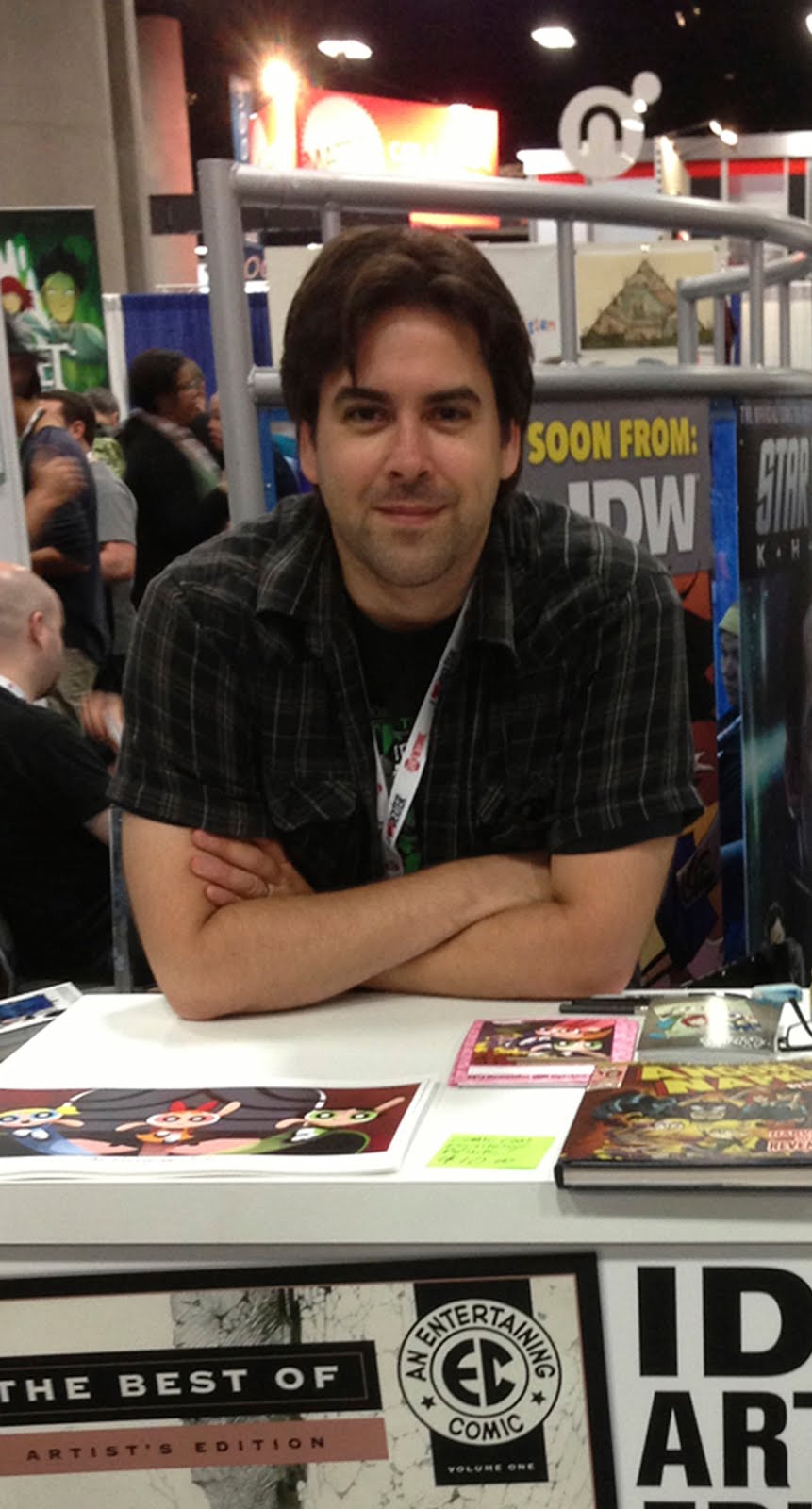 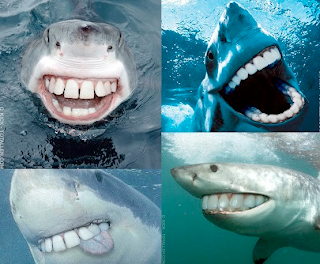 CBSW2 ran from August 12-19, 2012. How did I fare according to the CBSW Motivation Chart? Well, to be honest I fell somewhere between "Hammerhead" and "Mako"... Not too hot, plus I just realized I blew the caveat and forgot to draw a shark. I have excuses aplenty but no excuse is a good one one during CBSW!

So what did I accomplish... I started thumbnails for "The Allusion of Life" - about 2 pages worth. I started putting down the tonal under painting on canvas for a piece I'm doing for an upcoming art show and I completed four Angora Napkin comic strips. I hoped for a lot more then that.

Check out some highlights from the party:

Wot's all this, then?

Hey gang - ya'll been keeping up with the new Angora Napkin web comic? Check it out at www.angoranapkin.com! Updated every Wednesday and ribbed, for her pleasure. 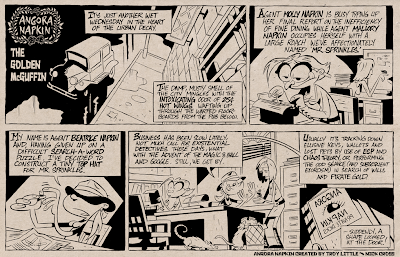 And you all know about Comic Book Shark Week (CBSW2) beginning on August 12th?
"We're going to need a bigger pad of paper" 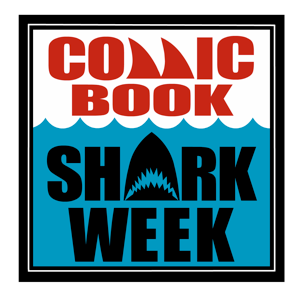 Here's an idea I've been working on. I'm trying to kill many birds with one stone here - this is a bit of concept art for the slowly developing Angora Napkin movie, "The Lurking Moist". I'm going to try and paint this on canvas for the "Gods & Monsters" art show taking place in Ottawa this year during the Animation Festival. If it turns out, I may make it into a print. 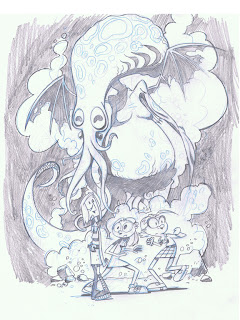 And this little image below is from yet ANOTHER project that may be coming to an iphone near you in the future! More on this as it comes together! 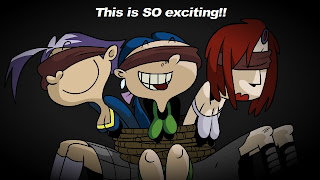 And finally, there's a big interview with me over at Comic Book Resources with an exclusive "Harvest of Revenge" preview! CHEK IT OUT!!! 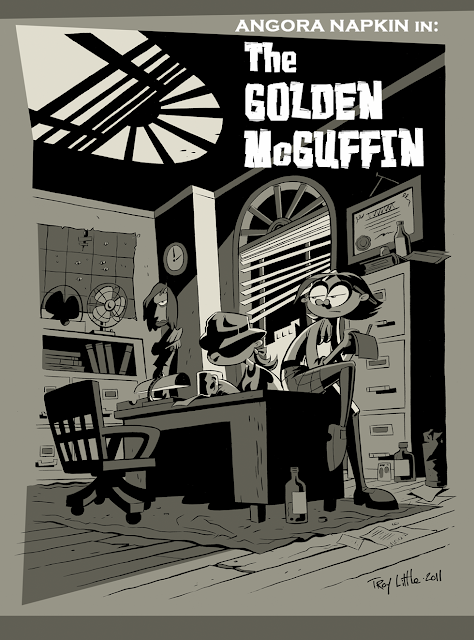 Things have finally leveled off a bit (not really but thinking so makes me less crazy). The awful chaos of packing, cleaning and moving is behind me and I'm functionally moved into the new home. There's SO much work here that could (should) be done but all I can do is chip away at it when I can. Everyone but the cat seems happy about the move; she's busy pulling out her fur in fluffy, anxiety ridden chunks.

Brenda and I literally moved in one day and left for TCAF the next! We drove to Ottawa first to visits friends and then over the next few days we hit Toronto, Fergus, Hamilton and back to Toronto in time for the show. 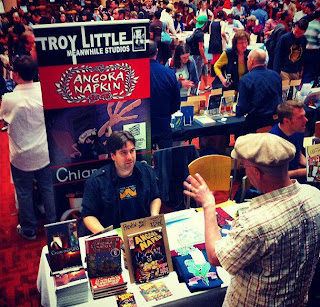 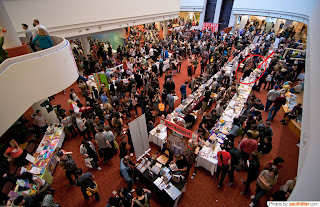 (Photos stolen from the internets.)

TCAF (Toronto Comic Arts Festival) is my favorite show to attend. If you haven't been, you are missing out! None of the pop culture, movie and video game crap you get at most cons, just a chance to meet some of the finest talent that comics have to offer and it's free to attend! As much as I love exhibiting, I often wish I was on the other side of the table and able to run amok and geek out over all the cool books!
Busy!! There was hardly a moment I wasn't chatting or signing books - a first for me! By the end of the day Sunday I had only 4 books left! I managed one quick run around the floor and picked up both volumes of Beartato from Anthony Clark (www.nedroid.com), but other then that my suitcase was pretty light for the ride home! 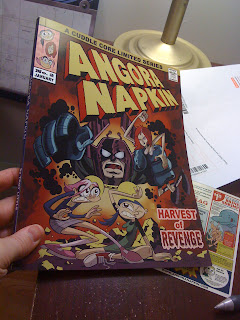 If you did make it to the show you may have had a chance to check out the preview for the next Angora Napkin book! I had a lot of people approach me asking about the animated pilot and when the next episode will come out or why the hell did Teletoon drop the ball on that one. Nick and I have  pretty much given up on trying to make an animated series in favor of developing a feature. We're bouncing ideas around but it's a back-burner project for now.
The new book is officially done and out of my hands now! I drew page #1 of this book on May 18th, 2009 and delivered the finished book June 5th, 2012. It's in total about 165 pages long with all the bonus stuff included and full colour - look for it December 2012 from IDW Publishing!!
The new Angora website is coming together slowly. My lack of coding abilities and the learning curve involved with Wordpress is eating up time I'd rather be using to draw the damn comics. No fixed launch date yet, I'm still juggling things.
Also working on an demo for an iPhone game! More on that later. 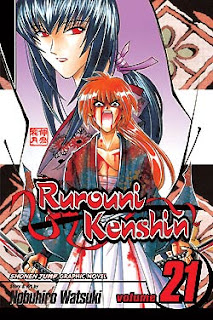 And what else.... Well, I just finished reading all 28 volumes of Rurouni Kenshin and very much enjoyed it despite Watsuki's constant condemnation of his creation at the end of every chapter. Very influenced by X-Men, fighting games and set in the Meiji era of Japan. I loved the characters and enjoyed watching them evolve over the course of the series. Some of the bad guys were a bit stiff and obviously thrown in but it doesn't detract too much from the overall story. Now to watch the anime!
I finished my storyboard job for now, so that frees up some time to try and get my proverbial ducks in a row this month before the kids are off school for the summer, which will no doubt slow my productivity. Still have a wedding to plan (hmm, best get on that soon....) and a house to unpack on top of everything!
Did I mention I've got tickets to the midnight screening of Prometheus? I've been waiting years for this movie to come out since I first heard Ridley Scott was planning to make it. Yay!!

I've been wanting to do a fun Angora Napkin 'team up' image for some time and who better to pair them up with then the Totoro gang! I liked how this turned out so I've decided to make it into the first official Angora Napkin print exclusive for TCAF!

Here's a quick little "process" sequence of the making of the print: 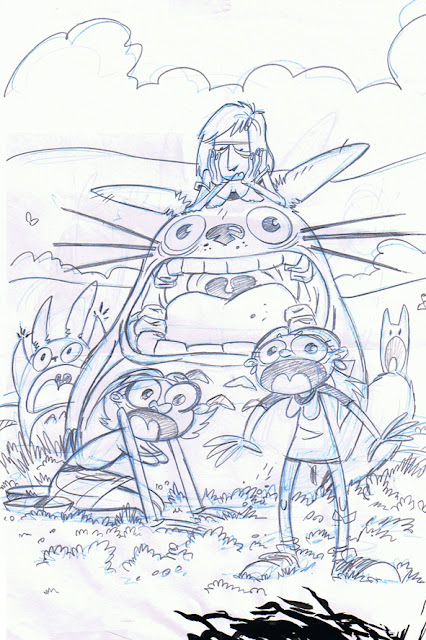 I love Totoro. I always got a kick out of the way they roar, so I had this weird idea to draw them all screaming at something unseen.... Maybe it's the viewer? I usually rough out stuff in blue pencil and then tighten it up with a HB or 2B. 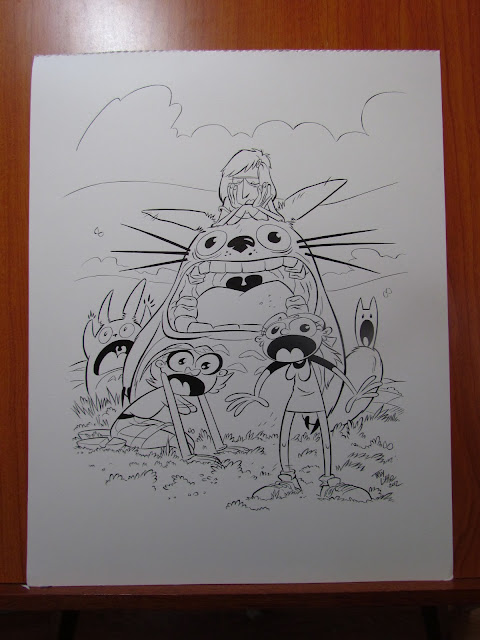 Inks! I love inking. I traced the rough onto smooth 11 X 14 bristol board and dive into inking with my trusty old Pentel Brush Pen! Next stop: scan and colour in Photoshop. I actually made an attempt to colour this with coloured inks on watercolour paper (to emulate the Ghibli style) but it was an abject failure. SO - back to no-fail digi paint. 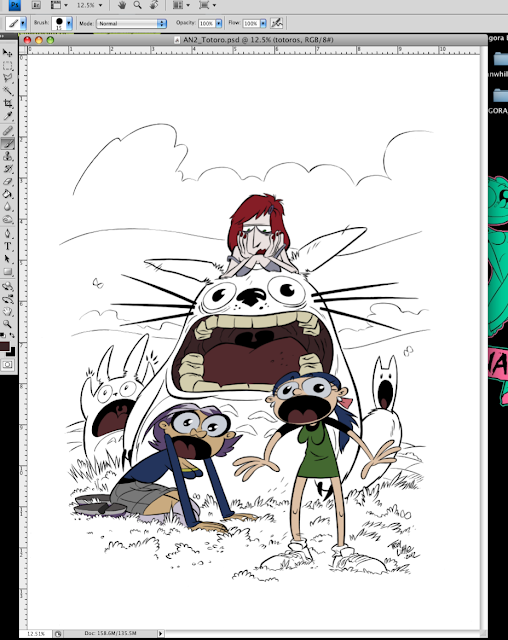 Blocking in the girls.... 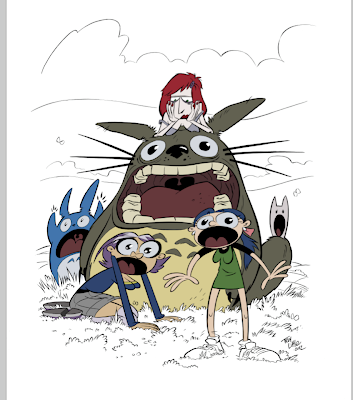 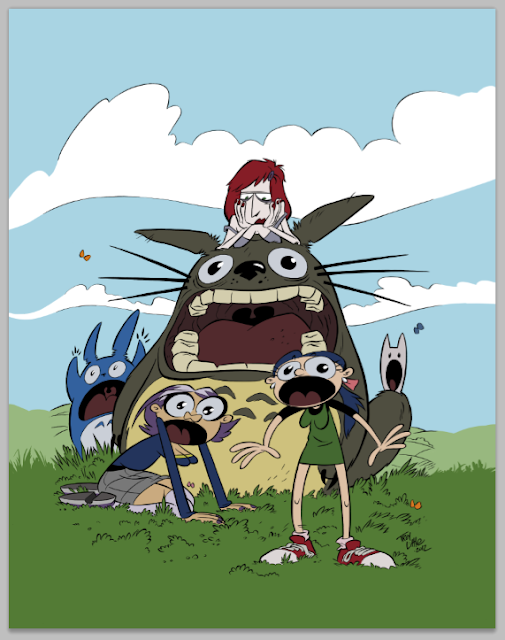 All the flat colours done! Now to dig in and render the beast, tweeking colours, adding shadows and all that colourful goodness.... 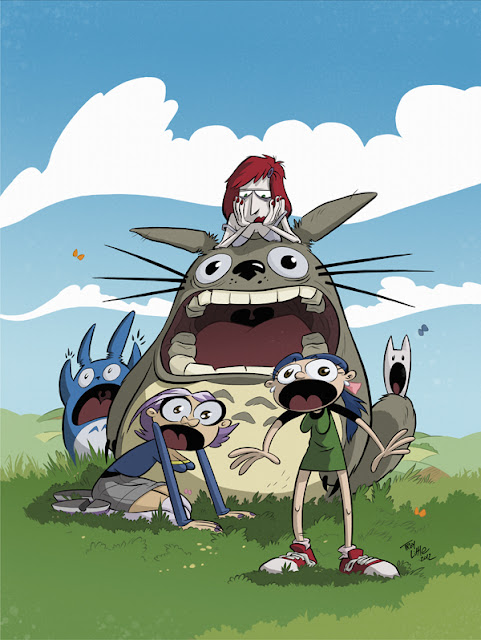 So come by my table early at TCAF this May 5th-6th and pick up a signed print - there's only 50 available! And don't forget to check out www.angoranapkin.com on April Fools day for the reveal of the cover art for "Angora Napkin - Harvest of Revenge"!!!
Posted by Troy Little at 5:46 p.m. 7 comments: 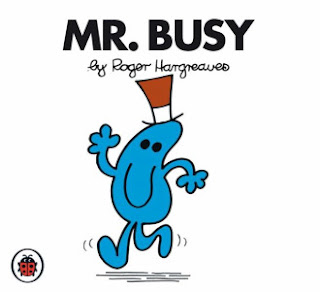 Sorry about the lack of posts this year - I'm swamped with work! I swear, 2012 looks like it'll be the busiest year of my life! Let's see what's on deck:

How I'm going to pull off all this is frankly a mystery to me. Just tackle one thing at a time I guess (yeah, right). Anyway, lots of these things are well underway as we speak. Check back early next month and I should have the new www.meanwhilestudios.com website up and running as well as some news about the upcoming Angora Napkin book + web series!
Posted by Troy Little at 9:39 p.m. 3 comments: 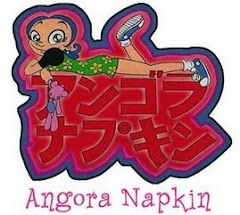